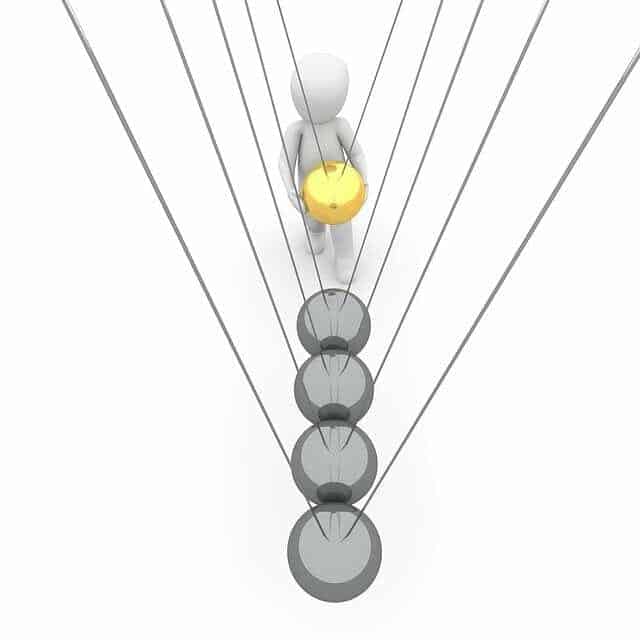 Momentum can be described as the sum product of the mass of an object and its velocity. This means that momentum measures the force produced by an object’s mass and velocity.

The formula for calculating momentum is =

Based on the above definition, it is clear that the momentum of a car and a bicycle both travelling at 20 m/s will not be the same, because although the velocity of the two objects are the same, their mass is different. The car would have greater momentum, due to its larger mass.

The SI unit for velocity = m/s

Momentum must always have a direction and so the final answer must reflect the direction of the momentum or velocity.

Note that the final answer has the proper SI unit of momentum (kg x m/s) after it and it also mentions the direction of the movement.

2. A cannon ball weighing 35kg is shot from a cannon towards the east at 220mls, calculate the momentum of the cannon ball.

1. Three cars are travelling down an even road at a velocity of 110 m/s, calculate the car with the highest momentum if they are all moving at the same speed, but the first car weighs 2500kg, second car weighs 2650kg and third car weighs 2009kg?

3. An object that weighs 500g is rolling along the road at 3.5m/s, what is the momentum of the object?

6. A bullet weighing 350g is shot towards a target at a velocity of 250m/s. Calculate the momentum of the bullet

1. B
Momentum is a product of velocity and mass.  If they are all traveling at the same speed, the car that weighs the most would have the highest momentum.

Most Common Momentum Questions on a Test

Here is what type of questions to expect:

Test-takers are given an equation with digits on either side of an equal sign. This equation will have one number missing to be true. To solve the equation, test-takers must select a number from the choices that will make the …

Visual-spatial intelligence is the ability to create, retrieve and transform images such as visualization of objects and their shapes. This ability is critical for designing and redesigning structures or objects by visualizing them in your mind, and then turning them …

How to Study Science