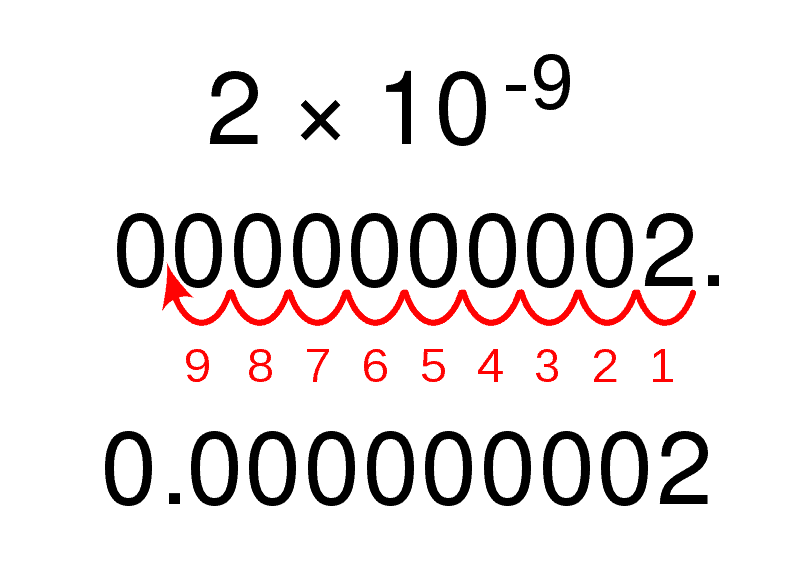 Scientific notation is a way of writing numbers that are too big or too small to be conveniently written in decimal form.

Most High School and exams have scientific Notation questions

How to Convert a Number To Scientific Notation

The 10 is raised to the power of 4, because there are 4 places counting from right to left. This scientific notation is positive because the decimal moved to the left.

In this example, the decimal place moved from left to right by 2 spaces thus the 10 is raised to the power of 2. It is negative, because the decimal moved to the right.

How to convert from scientific notation

You may also need to convert numbers that are already represented in scientific notation or in their power of ten, to regular numbers.
First it is important to remember these two laws.

6. Convert this scientific notation back to its original number: 5.63 x 106

2. A
The decimal point moves 2 spaces to the left to be placed before 4, which is the first non-zero number. Thus its 4.5 x 10-2 The answer is in negative since the decimal moved left.

4. D
The decimal point moves 5 places left to be placed after 2, which is the first non-zero number. Thus its 2.011 x 10-5 The answer is in the negative because the decimal moved left.

5. B
The scientific notation is in the negative so we shift the decimal 2 places to the left. Thus its 0.0263.

How to Solve Quadratic Equations - Tutorial, Examples and Practice Questions 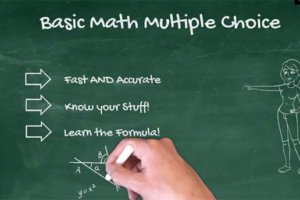 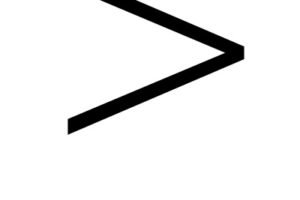 How to Solve Linear Inequalities – Quick Review and Practice

How to Study Science