Drawing inferences and making conclusions happens all the time.  In fact, you probably do it every time you read—sometimes without even realizing it!  For example, remember the first time you saw the movie “The Lion King.”  When you meet Scar for the first time, he is trapping a helpless mouse with his sharp claws preparing to eat it.  When you see this action you guess that Scar is going to be the bad character in the movie.  Nothing appeared to tell you this.  No caption came across the bottom of the screen that said “Bad Guy.”  No red arrow pointed to Scar and said “Evil Lion.”  No, you made an inference about his character based on the context clue you were given.  You do the same thing when you read!

When you draw an inference or make a conclusion you are doing the same thing—you are making an educated guess based on the hints the author gives you.  We call these hints “context clues.”  Scar trapping the innocent mouse is the context clue about Scar’s character.

Usually you are making inferences and drawing conclusions the entire time you are reading.  Whether you realize it or not, you are constantly making educated guesses based on context clues.  Think about a time you were reading a book and something happened that you were expecting to happen.  You’re not psychic!   Actually, you were picking up on the context clues and making inferences about what was going to happen next!

Let’s try an easy example.  Read the following sentences and answer the questions at the end of the passage.

Shelly really likes to help people.  She loves her job because she gets to help people every single day.  However, Shelly has to work long hours and she can get called in the middle of the night for emergencies.  She wears a white lab coat at work and usually she carries a stethoscope.

What is Shelly’s job?

This probably seemed easy.  Drawing inferences isn’t always this simple, but it is the same basic principle.  How did you know Shelly was a doctor?  She helps people, she works long hours, she wears a white lab coat, and she gets called in for emergencies at night.  Context Clues!  Nowhere in the paragraph did it say Shelly was a doctor, but you were able to draw that conclusion based on the information provided in the paragraph.

Social media is an extremely popular new form of connecting and communicating over the internet.  Since Facebook’s original launch in 2004, millions of people have joined in the social media craze.  In fact, it is estimated that almost 75% of all internet users aged 18 and older use some form of social media.  Facebook started at Harvard University as a way to get students connected.  However, it quickly grew into a worldwide phenomenon and today, the founder of Facebook, Mark Zuckerberg has an estimated net worth of 28.5 billion dollars.

Facebook is not the only social media platform, though.  Other sites such as Twitter, Instagram, and Snapchat have since been invented and are quickly becoming just as popular!  Many social media users actually use more than one type of social media.  Furthermore, most social media sites have created mobile apps that allow people to connect via social media virtually anywhere in the world!

a. Professors at Harvard University made it a class project.
b. Facebook was extremely popular and other people thought they could also be successful by designing social media sites.
c. Facebook was not connecting enough people.
d. Mark Zuckerberg paid people to invent new social media sites because he wanted lots of competition.

Here, the correct answer is B.  Facebook was extremely popular and other people thought they could also be successful by designing social media sites.  How do we know this?  What are the context clues?  Take a look at the first paragraph.  What do we know based on this paragraph?

Well, one sentence refers to Facebook’s original launch.  This suggests that Facebook was one of the first social media sites.  In addition, we know that the founder of Facebook has been extremely successful and is worth billions of dollars.  From this we can infer that other people wanted to imitate Facebook’s idea and become just as successful as Mark Zuckerberg.

Look at the Answers

If you chose C, you might have been drawing your own conclusions based on outside information.  Maybe none of your friends are on Facebook, so you made an inference that Facebook didn’t connect enough people, so more sites were invented.  Or maybe you think the people who connect on Facebook are too old, so you don’t think Facebook connects enough people your age.  This might be true, but remember inferences should be drawn from the information the author gives you!

If you chose D, you might be using the information that Mark Zuckerberg is worth over 28 billion dollars.  It would be easy for him to pay others to design new sites, but remember, you need to use context clues!  He is very wealthy, but that statement was giving you information about how successful Facebook was—not suggesting that he paid others to design more sites! 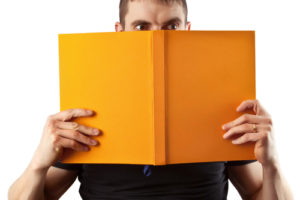 How to Answer Reading Comprehension – tips to increase your score!

Reading Skills are a perennial topic for standardized tests.   Nursing Entrance Test generally have a reading comprehension component as do most College Entrance Exams.  Some tests, like the Nelson Denny, is primarily reading comprehension.  Before entering University or Nursing School, the institution … 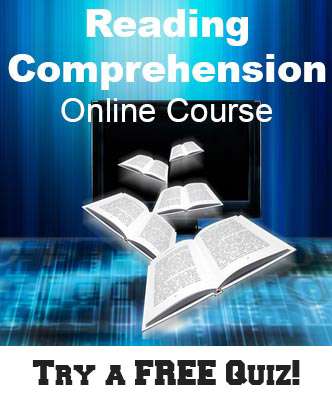